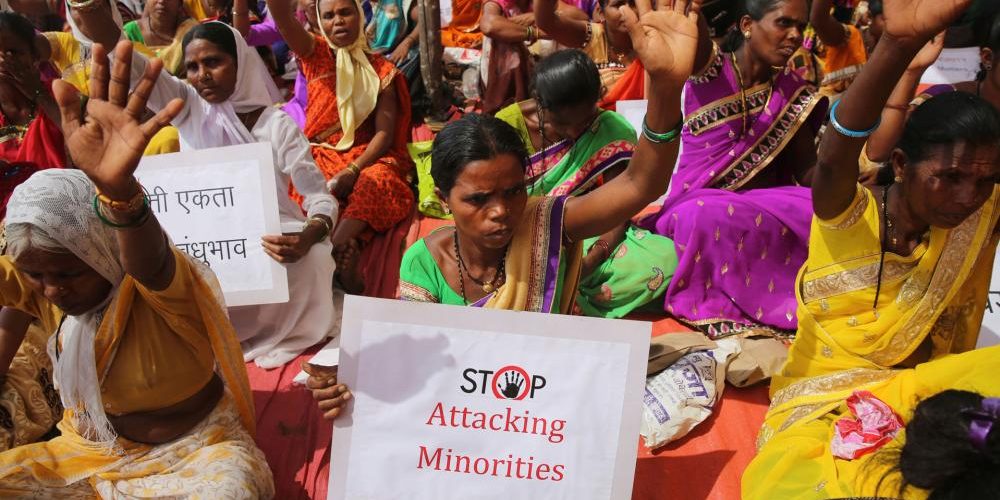 Members of the US Congress are urging Indian Prime Minister Narendra Modi to oppose the persecution of Christians and other religious minorities by members of his own
party.

International Christian Concern gave The Christian Post a previously unreleased copy of a bipartisan congressional letter sent to Modi, which asks him to respect and defend minorities in India.

“Prime Minister Modi must publicly condemn the attacks on religious minorities and implement proper legal procedures to hold the perpetrators of these crimes accountable. The bottom line is that India must take tangible steps to deal with the issue at hand.”

Modi is a member of the Bharatiya Janata Party (BJP) political party, which is notorious for promoting Hindu nationalism and working against those who spread any religion other than Hinduism in the country.

Indian Christians and other minorities have faced increasing persecution. They are regularly attacked and harassed by Hindu extremists.

Just last month, one of India’s parliament members said tribal people known as “adivasis” should be barred from government aid if they convert their religion.

“Conversion is a big problem. Those Adivasis, who have converted their religion, shouldn’t be allowed to avail benefits of different government facilities,” Kashyap said during a rally.

This came shortly after 25 Christian preachers in the eastern state of Jharkhand were harassed by Hindu villagers for allegedly trying to convert people to Christianity. Sixteen of the preachers arrested and charged with forcibly converting people.

“The propaganda that continues to go on which is absolutely not correct that Christians are involved in false and forced conversions. Nothing of that sort is happening,” he explained.

“The propaganda that somehow Christians are working against India, against the interests of India by trying to be Christians, is propelling this. And a lack of control of these groups that seem to commit crimes and attack minorities with impunity,” he continued.