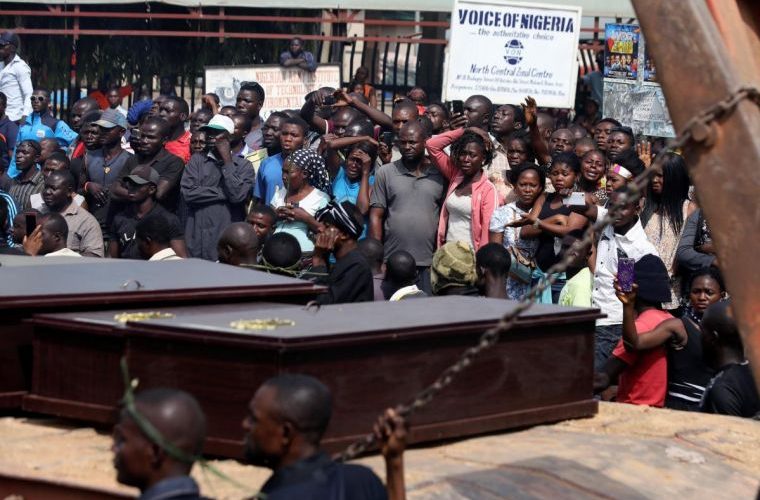 A new parliamentary report has raised fears of an “unfolding genocide” in Nigeria, where thousands of Christians have been killed in recent years.

The report, by the UK All-Party Parliamentary Group for International Freedom of Religion or Belief (APPG-FoRB) warns of escalating violence in central Nigeria, where Christian farming communities are being targeted by armed ethnic Fulani herdsmen.

“It has caused untold human and economic devastation and heightened existing ethno-religious tensions,” it reads.

The violence is attributed to a range of factors, including competition over resources and the spread of extremist ideology in the country, but the report also blames the Nigerian government for failing to respond adequately.

The report is dedicated to Leah Sharibu, a Christian schoolgirl who was abducted two years ago and kept prisoner for refusing to convert to Islam.

Elsewhere, it highlights horrific attacks on Christians by militants belonging to Boko Haram and a faction, Islamic State West Africa Province, which are linked to ISIS.

“Christians are being ruthlessly targeted, specifically because of their faith,” the report warns.

“It is a destructive and divisive ideology which readily mutates into crimes against humanity and can pave the way for genocide. We must not hesitate in saying so.”

The report calls on the international community to take action to stop the violence and bring perpetrators to justice.

Jim Shannon, Chair of the APPG-FoRB, called on the UK Government to make Christian persecution a priority.

“Among all the injustices for the UK to help correct in the near future, the widespread and growing persecution of Christians should be top of the list,” he said in the foreward to the report.

“These Christians, and other persecuted minorities, must be our priority in the aftermath of a pandemic that may devastate communities already threatened with extinction.

“Thus, as the UK faces the challenge of lockdown and mass quarantine for the first time in living memory, I ask you to please spare a thought for those Christians who face not only a pandemic but also threats of violence and persecution that we can’t imagine.

“I urge the UK and Nigerian Governments to do all that they can to bring an end to this violence and bring its perpetrators to justice.”

“On an almost daily basis we receive reports detailing the most appalling violence against innocent civilians, and yet the governments of affected states and the federal government have failed woefully in fulfilling their responsibility to protect vulnerable villagers, to address the threat posed by these and other armed non state-actors, and to bring perpetrators of this violence to justice,” he said.

“In addition, there has been a regrettable failure on the part of the international community to hold the Nigerian authorities to account for their negligence in addressing violence that is decimating communities, claiming thousands of lives and driving people groups from their ancestral homes.

“We hope that this report will serve as a wake-up call, alerting the UK government and others of the need for swift and concrete action to bring this appalling human rights crisis to an end.”