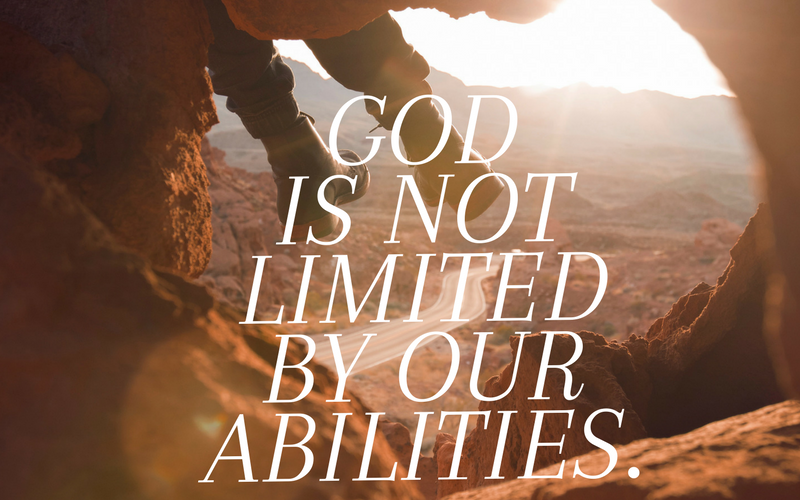 Did you know that dead trees are essential to forest ecosystems? In fact, when timber is harvested, logging contracts often require that a certain number of dead trees are left standing on each acre of land. Why? Those snags provide habitat for all kinds of wildlife. Birds, squirrels, honeybees, raccoons, skunks, foxes, opossums, and even black bears may live in them. Although no longer flourishing as they once did, those trees still nurture life.

Sometimes, we may feel that our usefulness to God has run its course. Perhaps we’ve weathered some upheaval such as a move or a job change. For whatever reason, we find ourselves unable to serve as we did in the past, in ways that are meaningful to us.

However, God is not limited by our abilities. He has often worked through people in surprising ways. For example, when there was a terrible drought in Israel, God didn’t send Elijah to a wealthy family with a well-stocked pantry. He sent him to a widow who was down to her last meal for herself and her son, and He provided for all three of them until the drought ended. God decreased the size of Gideon’s army twice before He sent him to fight the Midianites, saying,

You have too many men. I cannot deliver Midian into their hands, or Israel would boast against Me, ‘My own strength has saved me’. — Judges 7:2

Sometimes God uses the strengths He has given us. Other times, He uses our weaknesses, so that His power shines through. When we yield to God all that we are, there’s no telling what He might do with us. Isn’t that exciting?

O, Lord, You created me, and You know me better than I know myself. You also know the needs of all those around me. Whatever You want to do with me, I’m all in.