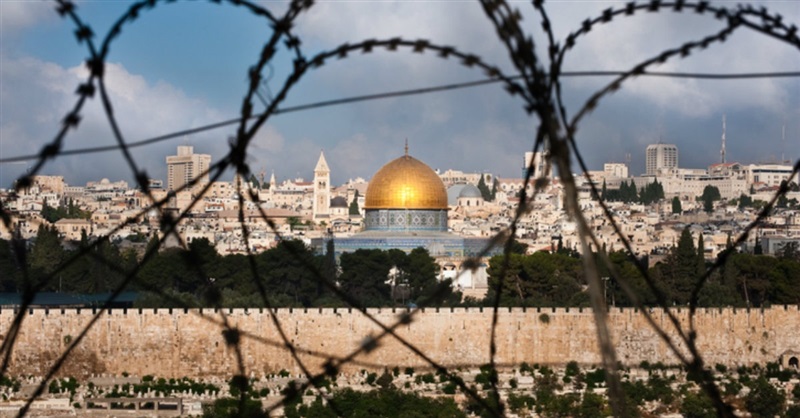 Saudi Crown Prince Mohammed bin Salman says he believes that Israelis and Palestinians both “have the right to” Israel.

“I believe that each people, anywhere, has a right to live in their peaceful nation,” he said In an interview with The Atlantic magazine. “But we have to have a peace agreement to assure the stability for everyone and to have normal relations.”

Saudi Arabia is considered the birthplace of Islam and has traditionally not recognized Israel, according to Reuters. Saudi Arabian government has said that restoring relations between the countries has depended on Israel withdrawing from Arab lands, an area the Palestinians have said they want.

He also said in the interview that Saudi Arabia does “have religious concerns” about the rights of Palestinians and Jerusalem’s holy mosque. However, the country doesn’t have “any objection against other people,” he added.

Experts speculate that Saudi Arabia and Israel may be headed toward better relations because of increasing tension between Tehran in Iran and Riyadh in Saudi Arabia.

It seems Saudi Arabia is working toward restoring ties to Israel as the country granted India’s national carrier permission to use the country’s airspace for a direct flight between New Delhi and Tel Aviv.

The change marked an end to a longtime ban on flights to Israel flying through Saudi Arabian airspace.

And on the prince’s trip to the United States, he met with pro-Israel lobbyists and several Jewish groups.

Saudi Arabia “does not have a problem” with Jews, he said.