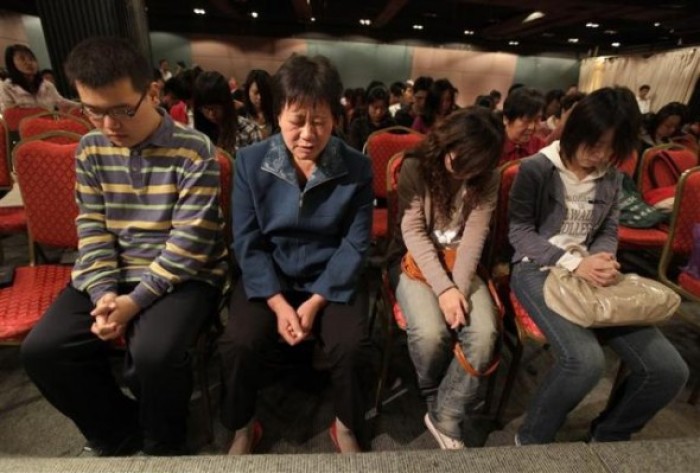 An influential house church in Beijing was shut down Saturday after 20 government and police officials raided Bible classes at two different locations, changed the locks and demanded congregants vow never to worship as a congregation again. China’s crackdown against underground house churches continued last Saturday with the forced closure of Beijing’s Shouwang Church, according to the Chinese persecution watchdog organization China Aid.
Shouwang Church is one of the most prominent among thousands of unregistered house churches in the city and is said to be attended by over 1,000 people.
As the congregation has suffered through years of challenges and persecution at the hands of the government for refusing to join the state-sanctioned church, it was accused of refusing to register with the government as a “social organization.”
Christians attending the Bible classes had planned to meet around 1 p.m. but instead were taken by policy to a nearby school where they were held for hours, questioned and told that the church had been shut down.
The nonprofit NGO International Christian Concern reports that another group of Christians affiliated with the church were detained from another location and also taken to the school. Officials reportedly switched out the locks at both locations of the raids.
According to ICC, officials read out a document formally banning Shouwang Church and demanded that those in attendance sign a letter vowing that they will no longer attend the church. However, the detainees reportedly refused.