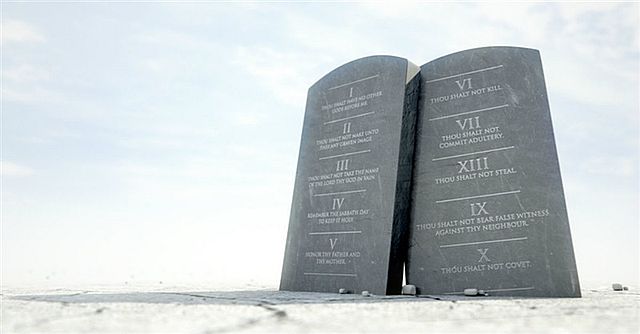 The Satanic Temple responded swiftly to the installation of a new Ten Commandments monument on the Arkansas Capitol grounds in Little Rock.

No sooner had the monument been lowered onto the grounds by a crane on Thursday (April 26), than Lucien Greaves, the co-founder of the Satanic Temple, said his group will join a lawsuit soon to be filed by the American Civil Liberties Union alleging an unconstitutional endorsement of religion.

The Satanic Temple, which claims 100,000 members around the world, has become a vocal advocate on the issue of religious freedom. It has attempted in various provocative ways to highlight the Establishment Clause of the First Amendment, which prohibits the government from making any law “respecting an establishment of religion.”