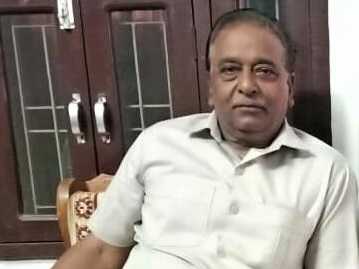 NEW DELHI (Morning Star News) – A pastor in Uttar Pradesh state, India was filing affidavits stating that 16 people had become Christians of their own will this week when Hindu extremists came and accused him of forcible conversion – resulting in his incarceration.

After manhandling and jailing 58-year-old Dependra Prakash Maleywar on Monday (June 18) at the Sardhana lower court premises near Meerut, the Hindu extremists have since gone to the 16 new Christians’ homes and threatened to expel them if they do not recant their faith, sources said.

Members of the Hindu extremist Bajrang Dal surrounded Maleywar while the Church of North India (CNI) pastor and a lawyer were securing notarizations of affidavits for baptisms signifying the faith in Christ of 16 people, sources said.

Someone on the court premises had informed the extremists about the affidavits, sources said, and at about 1 p.m. a few members of the Bajrang Dal, youth wing of the Hindu extremist Vishwa Hindu Parishad, approached and questioned Pastor Maleywar about the affidavits as they man-handled him.

Checking the pastor’s bag and grabbing the affidavits, they accused him of forcible and fraudulent conversion, the sources said.

Officers at the adjacent Sardana police station noticed the commotion, took Pastor Maleywar into custody and transferred him to the Abdullapur jail near Meerut, 14 miles away, the sources said.

“They confiscated my father’s cell phone and all the affidavits – he could not even contact us,” the  pastor’s 30-year-old son, Rohin Maleywar, told Morning Star News.

The affidavits are not legally required in Uttar Pradesh, but church leaders request them to avoid controversies and the very kind of accusations that occurred, said the Rev. Prem Prakash Habil, CNI bishop of the Diocese of Agra that encompasses the two churches the 16 people belong to. Two of the Christians belong to the church Pastor Maleywar leads, St. Thomas Church in Mulhera, and 14 belonging to Epiphany Church in Khatauli.

The affidavits are self-declarations that the signees willingly choose to follow Christ, want to get baptized and are not coerced or offered inducements.

“We always follow this procedure; they have to submit a hand-written application in their own writing, verification papers and an affidavit if they want to become a member of the church and receive baptism,” Habil told Morning Star News.

Usually, however, the candidates for baptism file the affidavits themselves, he said.

“The way my evangelist was working was not the right way – it was [supposed to be] the work of the individuals who believed to get their own paperwork done and then submit it to their respective churches,” he said.

Pastor Maleywar had gone to get the affidavits notarized in Mulhera, where his church is located, but he was unable and so went to the lower court Sardhana, fewer than seven miles away, sources said.

All 16 baptisms were still set to take place, sources said.

Pastor Maleywar has been leading the CNI’s St. Thomas Church for five years and working as an evangelist with CNI for 17 years.

The families of the 16 Christians have become the targets of both the Hindu extremists and local media.

“The members of the Bajarang Dal went door-to-door and met all the 16 families and spoke to them,” said Pastor Maleywar’s daughter, Ritika Maleywar.

Pastor Nirmal Jacob of the Ephiphany Church said that Bajarang Dal members are exerting severe pressure on all the families.

“The head of the village, along with Bajarang Dal members, went to the homes of these believers and threatened them with dire consequences,” Pastor Jacob said. “They said that they would be boycotted from the village, asked to leave, their educational certificates would be confiscated and their entitlement to government benefits would be withdrawn if they profess their faith in Jesus Christ.”

He said local and national television media visited him in Khatauli on Wednesday (June 20), along with local police, and interviewed him and many families from his church.

“People testified to the media how prayer and attending church has healed them from fatal diseases such as cancer and tuberculosis,” Pastor Jacob said. ‘One family boldly shared how they did not have a child after 12 years of their marriage, and after they got themselves prayed for and started to regularly attend church, they have two children now.”

The pastor was deeply troubled, however, when none of their testimonies were broadcast, and editing changed the meaning of the interviews entirely as they were shown saying only that they were once Hindus, he said.

He is receiving threatening calls, and friends have been warning him that he could be attacked at any time.

“I do not know where to find help in a situation like this,” Pastor Jacob said. “The police, media and judiciary are biased; I do not feel safe any longer.”

The pastor, 39, has been ministering with the CNI synod for 14 years.

“As citizens of our country, we have rights and we will execute our rights, but at places people have suffered for their faith,” he told Morning Star News.

At this writing Pastor Maleywar remained in the Abdullapur jail under Section 151 of the Code of Criminal Procedure, “Arrest to prevent the commission of cognizable offense,” after the Sub-Divisional Magistrate rejected his bail petition on Wednesday (June 20), sources said.

He has also been charged with causing voluntary hurt under Section 323 of the Indian Penal Code and Section 504 of the IPC, “Intentional insult with intent to provoke breach of the peace.”

“Local politicians created a ruckus in the courtroom,” his attorney, Reena Luka, told Morning Star News. “The judge said if he granted Maleywar bail, the peace of the area would be compromised.”

Luka said that the judge told them to wait a few days until tensions cooled.

“We are hopeful that we will be able to procure the bail on Monday (June 25),” she added.

The hostile tone of the National Democratic Alliance government, led by the Hindu nationalist BJP, against non-Hindus, has emboldened Hindu extremists in several parts of the country to attack Christians since Prime Minister Narendra Modi took power in May 2014, religious rights advocates say.