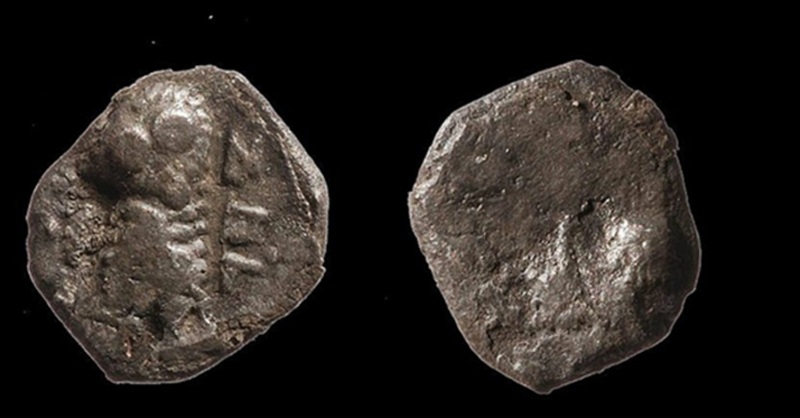 Five coins dating to the time of Ezra have been discovered in Jerusalem in what one expert is calling a rare find.

The coins measure about seven millimeters across and date to the fourth century B.C., the Israeli new website YNETNews.com reported. Three of the five coins are intact and legible.

The discovery doubles the number of coins previously found.

“Throughout the 150 years of archeological digs all across the sites of ancient Jerusalem, only five of these coins were ever found,” Zachi Dvira of the Temple Mount Sifting Project told the news website. “We have now found three whole coins, along with two eroded ones, apparently from the same series, and assume we’ll find more in the future.”

The Persians ruled the kingdom during the time the coins were minted. They are inscribed with the letters YHD, which references the name for the Persian province of Yehud.

The coins would have been made around the time when the Jews were allowed by Persian king Cyrus to return to Jerusalem in 538 B.C. to build the temple, the Times of Israel reported. Those events are described in the book of Ezra.

“These were the first coins ever minted by Jews,” Dvira told YNETNews. “They express the people’s return to their land after the Babylonian exile, and their ability to hold and maintain diplomatic ties with the ruling empire — then Persia — similar to our relations with the United States today.

“Ironic that at a time where Iranians are openly speaking of destroying Israel, coins are uncovered from a time where the Persian regime was favorable towards Jews and allowed them to live in Israel in dignity,” he added.

The Temple Mount Sifting Project website says the coins bear an image of a barn owl copied from Greek coins.