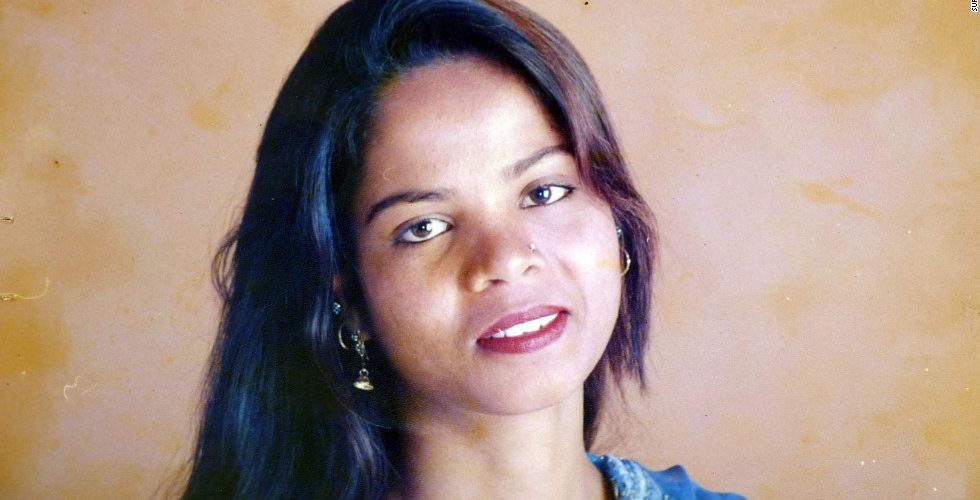 The acquittal of Asia Bibi, the Christian woman who for 10 years faced the death penalty over spurious blasphemy charges under Pakistan’s notorious religion laws, has been upheld by the country’s highest court.

Her original death sentence was overturned last October but the court allowed an appeal by religious hardliners. However, Supreme Court chief justice Asif Saeed Khosar said in court on Tuesday: ‘Based on merit, this petition is dismissed.’

Among those welcoming the decision was Release International, one of the organisations that has campaigned on her behalf.

‘We are delighted that the Supreme Court has stood firm over its principled and courageous decision to throw out the false blasphemy charges against Asia Bibi,’ said chief executive Paul Robinson. ‘Anything else would have been giving in to extremism and handing Pakistan over to mob rule.’

The decision, which ends Asia’s 10-year ordeal, was made amid tight security. It means she is now free to leave the country and seek asylum. Two of her daughters are reportedly already in Canada.

Robinson called on the government of Pakistan to guarantee her safety, to safeguard the Christian minority against mob reprisals by stepping up security against any suggestion of rioting and violence, and review the case against every other prisoner who has been accused and jailed for blasphemy.

‘Release partners in Pakistan say there are 218 other Christians who still face blasphemy charges – a disproportionate number of those accused. And when they are accused, individuals, families and entire communities face violence at the hands of vigilantes,’ he said.

The British Pakistani Christian Association believes nine out of ten Pakistanis still consider Asia Bibi to be a blasphemer, making her a target for assassination.

Robinson said: ‘In the Asia Bibi case, the Supreme Court revealed what Release has been saying for years, that accusations of blasphemy can be malicious and built on lies, simply to settle scores. These blasphemy cases – and the blasphemy law itself – must now come under review.’

Another campaign group, Christian Solidarity Worldwide, told Christian Today it welcomed the decision to overturn the conviction. ‘We continue to call on the government of Pakistan to ensure the safety of Asia Bibi, her family, the Christian community and all involved in her case following, and to implement much-needed procedural amendments to prevent further misuse of the country’s blasphemy laws,’ it said.

Open Doors’ head of advocacy Zoe Smith said: ‘We’re absolutely thrilled with today’s ruling by Pakistan’s Supreme Court to uphold Asia Bibi’s acquittal. We are overjoyed that justice has prevailed and are praying that this heralds a new era of equal rights for Christians and other religious minorities in Pakistan.’