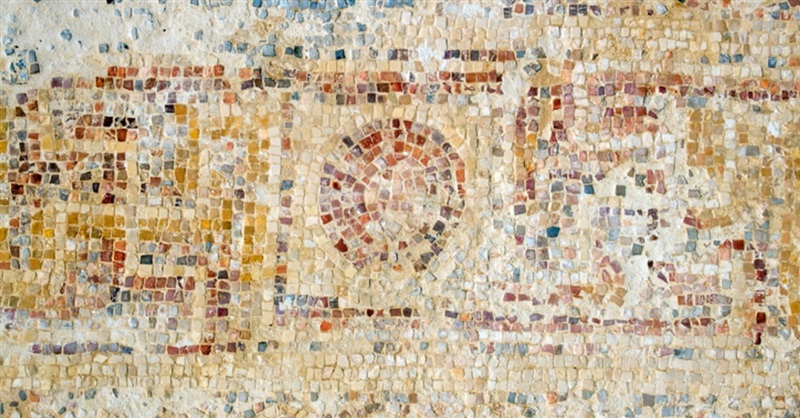 Researchers have found mosaics in Israel, including one that appears to depict the two scouts Moses sent to explore Canaan.

The mosaic depicts two men carrying a pole with a cluster of grapes. In Hebrew is inscribed: “a pole between the two.”

The University of North Carolina at Chapel Hill announced this week the discovery of the mosaics at the Huqoq site in Galilee.

The mosaic of Moses’ scouts appears to refer to the book of Numbers, where the men were sent to the land of Canaan after their exodus from Egypt. According to Numbers 13:23, the men “cut off a branch bearing a single cluster of grapes” and returned to Moses.

“We went into the land to which you sent us, and indeed, it is flowing with milk and honey,” Numbers 13:27 reads.

Previously, Israeli officials and researchers have uncovered other mosaics, including ones showing Samson carrying the gate of Gaza, Noah’s Ark, Jonah being swallowed by a fish, the parting of the Red Sea and the construction of the Tower of Babel.

“The discoveries indicate villagers flourished under early fifth century Christian rule, contradicting a widespread view that Jewish settlement in the region declined during that period,” UNC-Chapel Hill said in a statement.

UNC-Chapel Hill professor Jodi Magness is leading the research teams. She has participated in some 20 different excavations in Israel and Greece. She is also president of the Archaeological Institute of America.

“The mosaics decorating the floor of the Huqoq synagogue revolutionize our understanding of Judaism in this period,” she said.

“Ancient Jewish art is often thought to be aniconic, or lacking images. But these mosaics, colorful and filled with figured scenes, attest to a rich visual culture as well as to the dynamism and diversity of Judaism in the Late Roman and Byzantine periods.”

The mosaics have been removed from the site for conservation and excavations will continue in the summer of 2019.